​​ A building on the northside of town, that was first a Baptist mission was once owned by this church. It was sold and known as Northside Church of Christ for many years. That building stands today and is in private ownership

Our Church history goes back to a time when Llano was part of the Texas frontier. In 1873, the Packsaddle Indian Battle was fought and was still fresh in residents' memories. Lawlessness and shootouts were still common. James Garfield had just been elected president in March of 1881. In 1882, the Carter-Coggins family feud erupted with bullets flying in downtown Llano, leaving both,  dead and wounded. Then, in 1889, two ex-sheriffs battled each other on Main Street right at the courthouse square. Such were the times in Llano when our little church was founded. 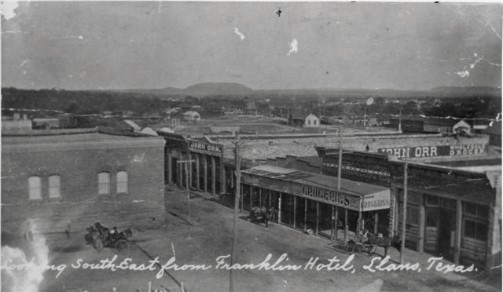 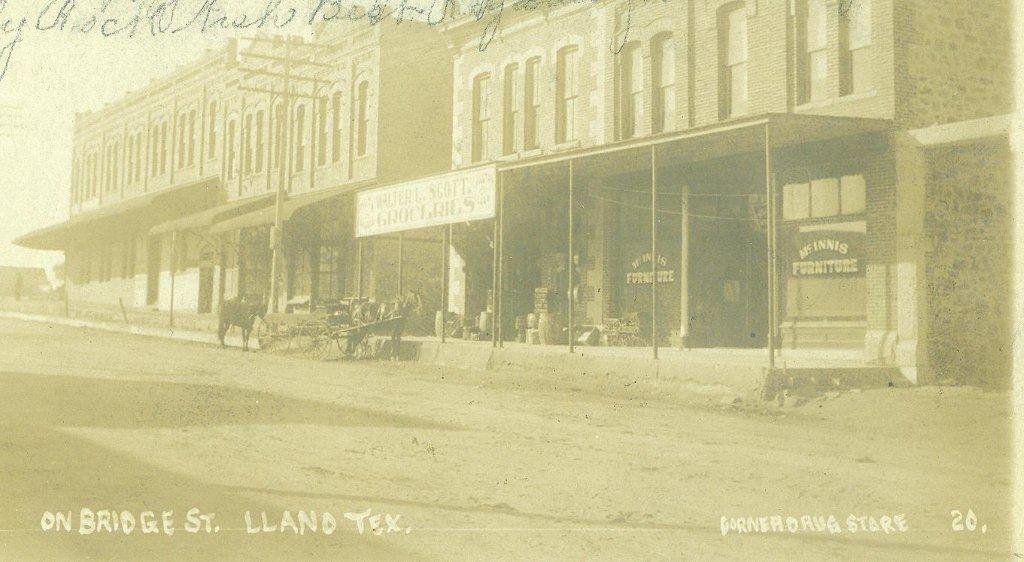 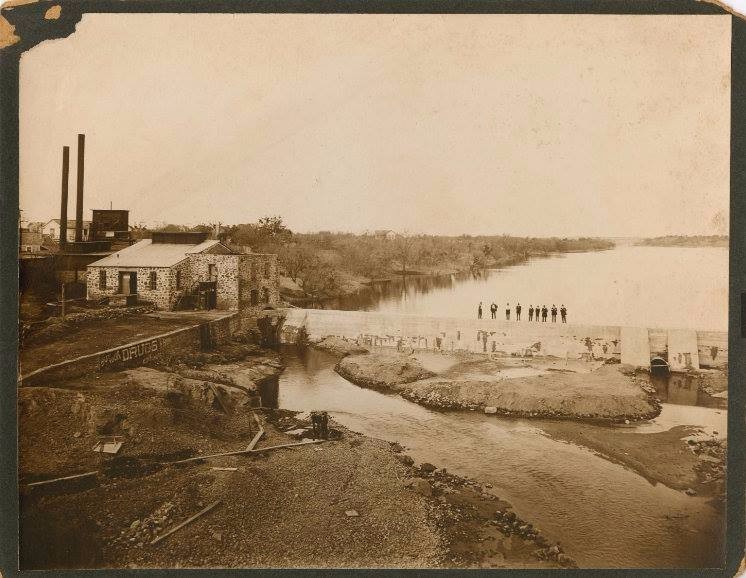 A very early scene of the dam in Llano. Note the advertising painted on the retaining wall.  (from Llano Main St Collection)
This very building First Presbyterian Church of Llano was erected in 1893-94 on land donated by member J. Duff Brown. The original building consisted of the sanctuary, a simple barn like structure, shortly there after, the Steeple and Sunday School rooms to the north were added.  It has remained little changed
even​  today.​